The Night before Christmas… A 1822 New York Poem

New York City almost set for Christmas Eve. It’s also the Modern Secular Christmas celebration more than any other city in the world. And it’s really because of the efforts of two really gifted New Yorkers, “Clement Clarke Moore” and “Thomas Nast” who lived there in the 1800s.

Clement Clarke Moore a New York Professor of Oriental and Greek literature had an idea that would change Christmas forever. In 1822 he wrote a 56 lines poem – “A Visit from Saint Nicholas” better known today as “The Night before Christmas” which was anonymously published in 1823.

Almost single-handedly he created the Modern American Vision of Christmas. His inspirations were two Legendary Christmas Figures of the Old World. One was Saint Nicholas, a 4th century Bishop renowned for Gift Giving. Legendary believing Presents and Stockings. The other was Santa Claus or “Sinterklaas,” the Dutch version of Saint Nicholas. Santa Claus had merged a bit with Odin (Germanic Mythology from Old Norse, a North Germanic language spoken by the inhabitants of Scandinavia) a Pagan God of Indo European Mythology who flew through the sky on an Eight-Legged Horse.

In that Poem, C.C. Moore introduced several new characteristics for Santa. He dressed him in an American fur in his Poetic Lines and gave him a Pipe (Smoking) and Portrayed him not as a Priest but as a Jolly Dimpled Elf with Twinkle in his Eyes. On the Back of Santa, the Poet tied a Sack full of Toys for the Children of the House. C.C. Moore also gave Santa a Sleigh that He flew through the Sky led not by a horse but Eight Reindeers each with its own Name.

As iconic Clement Clarke Moore’s Santa Claus was but still wasn’t the fully formed Kris Kringle Santa we know today. His Santa still had no North Pole workshops, no Elves, no Ladders from kids and not much naughtiest and nicest. Then where did these details come from….? Now for this, the credit goes to another New Yorker and Illustrator, “Thomas Nast.” He took Moore’s Santa and produced the definitive version for the generations to come. In 1862 one of America’s major Magazine “Harpers Weekly” commissioned Thomas Nast to draw its (“The Night before Christmas”) Christmas illustrations. He transformed C.C. Moore’s “Jolly Old Elf” to someone Taller and Grander which is the same people see today.

Year after Year Thomas Nast created lots of things to associate with Santa. He created the list of “Naughty and Nice,” “Living in the North Pole” and many more which became the Image of Present-Day Santa Clause.

Walnuts bowl of the world: Arslanbob

There is a town named Arslanbob in western Kyrgyzstan, 70 km from the border of Uzbekistan. This town with a population of...
Read more
Culture

Today many people think of Santa Clause as a “Jolly Old Elf” who brings gifts to children on Christmas Eve but He...
Read more 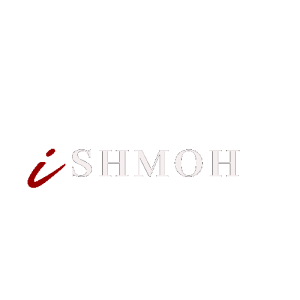